DISCOVER UofSC, Sponsored by the Office of Research

Dr. Caroline Potter, a Rhodes Scholar and UofSC Honors College alumna, has built an impactful career in health sciences research, but her path to success did not take the form of a straight line from Point A to Point B. Instead, Dr. Potter blazed a more scenic trail to her destination as a medical anthropologist and Research Officer at the University of Oxford’s Health Services Research Unit by following her lifelong interests while trying new pursuits and making the most of every opportunity.

Raised in Spartanburg and Irmo, South Carolina, Potter counts dance and science among her earliest interests. “Dancing was part of my life pretty much for as long as I could remember, so that was a passion that I carried with me to UofSC and all through college and beyond,” she said. “And then by the time I was in high school, I was drawn to the math and science subjects so I was on my school’s science team, and through that, I got to do a lot of fun things.” When it was time to apply to the South Carolina Honors College, the choice to major in chemical engineering and ultimately minor in dance was a natural, if unconventional, fit.

Through the years before and during her undergraduate studies, Dr. Potter pursued dance and science in parallel, never assuming that there would be a way to join the two disparate interests. But, then she applied for a Rhodes Scholarship. “The first time I tried to put them together was in my personal statement for my Rhodes Scholarship application,” she remembered. “I was applying to Oxford to work in the chemistry lab so I talked about how things like creativity and improvisation were important for a lab-based scientist.” Her application was successful, and in 2000, Caroline Parler, as she was known then, headed to the University of Oxford on a Rhodes Scholarship.

She spent her first year at Oxford in the organic chemistry lab, working to develop a compound that could have potential applications in diabetes treatment. As she continued in that position, she realized that it wasn’t quite fulfilling her desire to have a more direct impact on people’s health. “I was really more interested in the application,” she said. So, Potter began to look at other opportunities at Oxford. That’s when a brand new program caught her eye.

“It just so happened that I was already in Oxford and this brand-new course in medical anthropology was being advertised,” Potter remembered. She set up a meeting with the head of the anthropology department to discuss the new program, “I said, ‘I’m really interested in dance, so would there be any way I can bring in dance, maybe looking at how dance is part of healing or therapy?’ and he said ‘Yes.’” That’s when Dr. Potter knew she had found a good fit. “It was this very accidental, but fortunate opportunity that came around at the right time, to put together what I had always seen as very different interests.” She seized the opportunity, making the most of the flexibility offered by her Rhodes Scholarship funding, to complete what she thought would be just a one-year program. But, for Potter, the one-year course turned into a two-year master’s, followed by a Ph.D., all at Oxford, where she still works today.

In her current role as Research Officer in Oxford's Health Services Research Unit, Dr. Potter works with patients through England’s National Health Service to develop a questionnaire to better understand the experiences of individuals with long-term health conditions. She says, “I’m very much in applied health research looking at how different patient-centered tools might be used within health care practice to improve people’s quality of life and their experience of health care.” In this role, nearly 18 years after her Oxford studies began in the organic chemistry lab, Dr. Potter is making the direct impact on people’s health that has always motivated her.

Looking back on her time at UofSC, Dr. Potter remembers, “When I think about it now, it was a place that offered me anything that I wanted to try, and everywhere I went, I was surrounded by these amazing, smart, supportive people who were encouraging. It was a place that really nurtured me.” 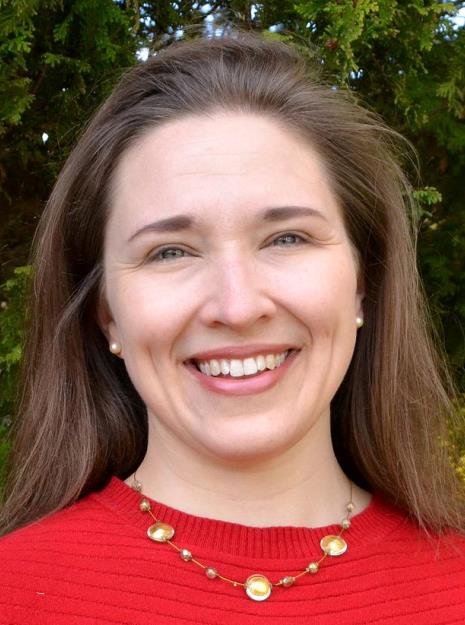