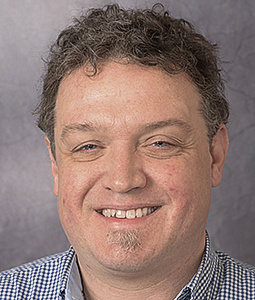 Noah Gardiner is a scholar of Islamic thought and culture with particular research interests in Sufism, esotericism and the occult sciences, manuscript culture, and the Arabic-speaking Mediterranean of the 12th-15th centuries C.E. Much of his research concerns the spread and development of the “science of letters and names” (ʿilm al-huruf wa-al-asmaʾ), a body of mystico-magical thought on the relationship between divine speech and manifest reality that can usefully be compared to Jewish Kabbalah. This work feeds directly into his broader interests in religious cosmology, apocalypticism, and ways that ideas and practices can move from the fringes to the center of a religion and back again.

Noah completed his Ph.D. in 2014 in the Department of Near Eastern Studies at the University of Michigan and worked as a Lecturer in Islamic Studies at U.M. and a postdoctoral fellow at Annemarie Schimmel Kolleg, Rheinische Friedrich-Wilhelms Universität Bonn prior to joining the department at UofSC. His articles have appeared in Journal of Arabic and Islamic Studies, Journal of Islamic Manuscripts, Magic, Ritual, and Witchcraft, Mamluk Studies Review, and numerous edited volumes. He was co-editor of the 2017 special issue of Arabica “Islamicate Occultism, New Perspectives.” His monograph Ibn Khaldūn versus the Occultists at Barqūq’s Court was published in 2020 by EB Verlag (Berlin). Copies of all his publications can be found on his academia.edu page.

Noah is also co-organizer on the ongoing international online workshop, “Islamic Occult Studies on the Rise,” a forum for emerging scholarship on Islamic esotericism and occult sciences. Some of the fruits of this workshop can be found at the site Noah administers, islamicoccult.org.

He is currently working on two book projects, one on the 13th-century Sufi occult Aḥmad al-Būnī and the other on the broader occult renaissance in Cairo and environs in the 14th and 15th centuries.

He teaches the following courses: