The department of religious studies brings distinguished speakers to the Columbia campus each year through the annual Joseph Cardinal Bernardin and Religious Studies lectures as well as through shared events and other guest speakers,  promoting events relevant to the study of human religious expression. All  of these provide opportunities to address relevant issues  and compelling ideas in a shared public forum. We encourage our students, faculty and the public to attend.

The department of Religious Studies brings guest speakers to campus for public lectures as well as to speak to classes, providing broader perspectives on wide ranging topics. The study of religion intersects with history, philosophy, art,  music, film, and literature, and joins these in ongoing public conversations. So we also collaborate with other departments to promote public events of interest to our students,  faculty and the community at large.

The Rudolph C. Barnes Sr. Symposium honors his interests and engagement through an annual program examining problems of law and morality understood in the broadest sense. The Barnes family has made the event possible through a generous endowment in his memory

The Joseph Cardinal Bernardin lectures in moral, ethical, and religious studies, brings noted speakers to the Columbia campus each fall. The focus of the lectures, built around the work and legacy of Cardinal Bernardin, addresses topics such as bridging divides, finding common ground, a consistent ethic of life.

“The Mind’s Eye (I): The Conditions of Human Consciousness”

Sponsored by the Departments of Philosophy and Religious Studies and The Religion and Science Initiative, College of Social Work

“Is Everyone Saved? Universalism and the Nature of Persons”

A fellow at the Notre Dame Institute for Advanced Studies, Hart draws upon an unusually wide range of religious figures, texts, and ideas, both Western and Asian, while engaging with classical, medieval, modern, and postmodern European philosophy. His recent books include The Experience of God: Being, Consciousness, Bliss (Yale), The Hidden and the Manifest: Essays in Theology and Metaphysics (Eerdmans), The Dream Child’s Progress and Other Essays (Angelico), and a translation of the New Testament (Yale).

Since the first Religious Studies lecture and workshop was held in 2012, the series has brought speakers with a wide range of scholarship and research to the Columbia campus. Some of the topics have included "Greek and Roman Hallucinations Between Religion and Literature" which was followed by a workshop the following day on "Madness in Greco-Roman Antiquity.” In 2015 the lecture was on “From Tolerance to Reverence: Spirituality and Universality in Islam," while in 2016 the lecture addressed "Demonic and Medical Possession in China" which was followed by a workshop on the Daodejing. 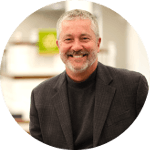 The speaker for the 2019 Barnes Symposium is author and activist Robin Meyers.  Click the link below for details. 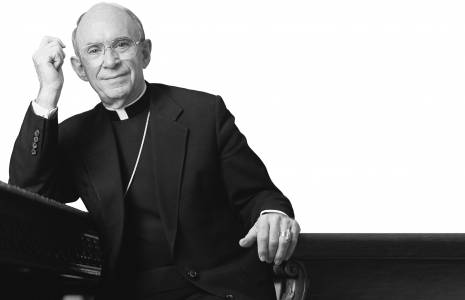 The Joseph Cardinal Bernardin Lectureship in Moral, Ethical, and Religions Studies brings noted speakers to the Columbia campus each fall.