Passing of a Consummate Teacher

James S. Cutsinger (1953-2020), Distinguished Professor Emeritus and noted professor with the Department of Religious Studies from 1980 to 2018, had a deep and abiding love of teaching and leading eager students on intellectual adventures of the mind.

If James were asked to characterize himself, he would undoubtedly describe himself first as a seeker; an interrogator of the spiritual elements informing our material experiences of life. But as a close second, perhaps even a twin core identity, would be as a teacher. Teaching was more than a profession for him, it was part of his personality, that which brought him meaning and joy, without which he could not imagine himself.

He loved encouraging students to engage with complex ideas; presenting them with challenging texts and prodding them to develop skillful writing, thoughtfully constructing and presenting their own ideas. His classes were shaped through Socratic dialogue to stimulate critical thinking and to draw out ideas and underlying presuppositions for further in-depth discussion. His syllabi would often include the notice: “students are expected to read the selections closely and carefully so as to be well prepared for every class.” This was combined with writing assignments designed to challenge students to thoroughly grasp and unravel the ideas and concepts in the class readings. Papers were reviewed, extensively annotated, graded with the rigor of a dedicated grammarian and logician, and returned to students as a further lesson in writing well.

Each semester the South Carolina Honors College requested a course or two taught by Dr. Cutsinger, who in turn wholly relished the engagement with honors students. Memories from a number of his students are posted on the Honors College website: “Students reflect on professor emeritus who never stopped teaching them” (read here).

For his honors students Cutsinger developed his own inimitable rubric explaining the grades given on their papers. A grade of A, he says, “demonstrates a real mastery of both readings and discussions.” The writer’s claims “are well-grounded in quotations from the books, and connections are made where appropriate to points considered in class” as well as “the paper is imaginative and provocative in its approach and thorough in its presentation.” He contrasts this with a grade of  B which “is more or less logically and grammatically sound…[but] …the approach is pedestrian and the interpretation is lacking in genuine insight.”  An essay with a grade of  C he says, “has possibilities, but it fails to bring those possibilities to fruition” and a D “shows every sign of having been thrown together at the last minute.” An F “is ordinarily reserved for an essay that fails to appear by the deadline.”

Dr. Cutsinger enjoyed working with honors students and advanced classes, but he also taught introductory courses with equal attention to the level of the students, while still pushing them to excel at that level. In his syllabus for RELG 120 Comparative Religion he says:

This is an introductory course, which means that there are no prerequisites and that every effort has been made to explain the subject as simply and straightforwardly as possible. On the other hand, the teachings of the world’s religions are far from simplistic, and therefore pondering—not just skimming—these assigned materials is crucial for success.

Dr. Cutsinger had a deep love for the English language as a vehicle for communicating effectively, creatively, and rationally. He wanted his students to develop mastery of language both in comprehending intricate ideas and in analyzing, discussing and writing about them. To encourage the proficient use of language, he provided his own “Breviary of English Usage” to students, which they were well-advised to use. In later years the Breviary was posted prominently on his website under the “teaching” heading (Breviary here).

The ideas with which he chose to engage himself, and presented to his students, required a willingness to examine long-held comfortable perspectives and assumptions and to set about exploring unfamiliar conceptual arenas. As he noted in his syllabus to his intro students, the religions of the world are far more complex than the casual popular ideas commonly held about them. His focus of scholarship and teaching were directed primarily toward examination of the spiritual, experiential dimensions of religious traditions with particular emphasis on Christian and Islamic mysticism as well as Native American spiritual traditions, Hinduism, and Buddhism. 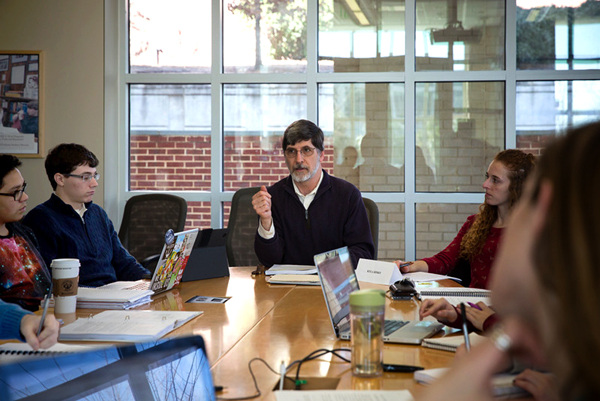 Dr. Cutsinger with one of his South Carolina Honors College classes, engaged in discussion. 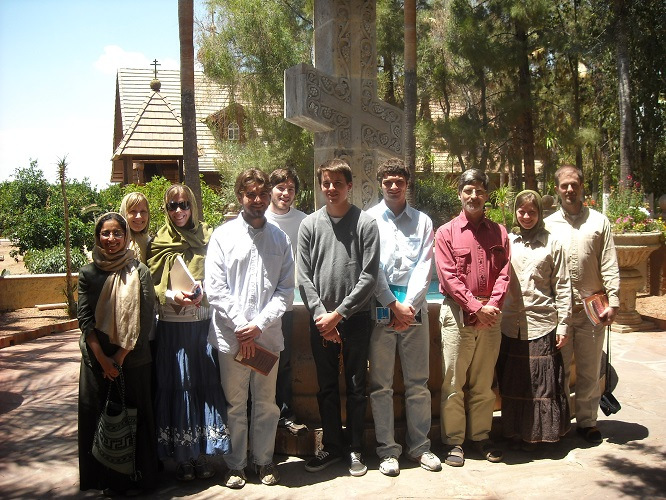 Dr Cutsinger taught Maymester classes which included travel to Monasteries in the Southwest. This was a class trip to  St. Anthony's Greek Orthodox Monstery, Phoenix, Arizona 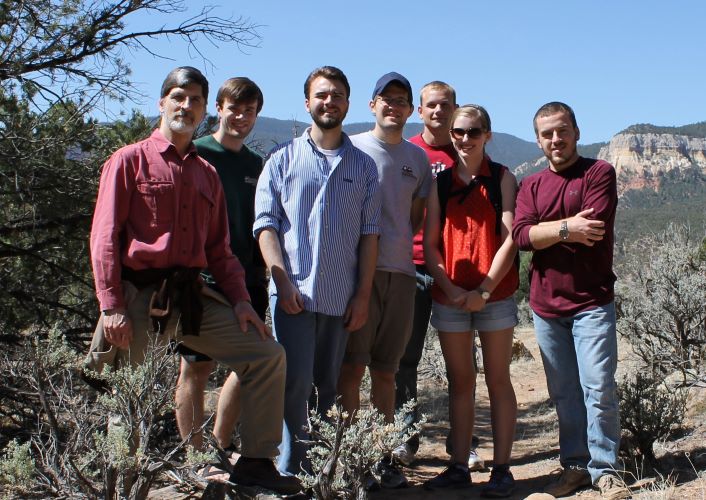 2014 Maymester once again found him leading an off-campus adventure, an exploration of “The Monastic Spirit”, which included short stays at three monasteries in the American Southwest: Christ in the Desert (Benedictine), St Paisius (Serbian), and St Anthony’s (Greek). 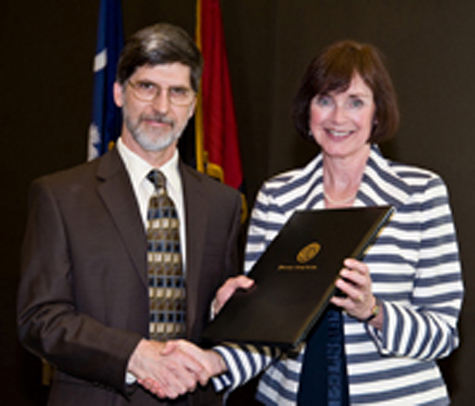 In 2011 Dr. Cutsinger was named the Michael J. Mungo Distinguished Professor of the Year, USC’s most prestigious award.