Can trust in the media make a comeback?

There’s little doubt we have a crisis of trust in American journalism. That point was hammered home during the Knight Media Forum in Miami earlier this spring. The answer, according to a recent report commissioned by the Knight Foundation and the Aspen Institute, is multifaceted but emphasizes strengthening local news. Alberto Ibargüen, Knight’s CEO, framed the forum with his opening remarks, stressing local news “leads to trust.”

The Knight Media Forum is an annual discussion of pressing issues in journalism and media with keynotes, panels and a series of sessions describing innovations and projects — typically supported by the Knight Foundation — designed to support journalism in a variety of ways. Attendees include publishers, media entrepreneurs, journalists and a broad range of representatives from universities, foundations, libraries and organizations seeking to address change.

For example, Bill Adair, a Knight Chair at Duke University, described his efforts to create a real-time fact-checker using voice-to-text recognition that posts facts onscreen during a political speech. Several sessions spoke to artificial intelligence and the role it plays in both supporting and diminishing journalism. Other sessions described community-based news projects supported by foundations and philanthropy.

Big news at the forum was the recent Knight Foundation announcement to commit $300 million to support local news. The Knight Commission on Trust, Media & Democracy report identified several key areas to which those funds should be directed (besides supporting local news operations) including transparency, innovation and technology, as well as diversity and inclusion.

The Knight report presents a sobering assessment of the role of the media in a polarized American society. As the report argued, “Provocateurs and hatemongers, foreign and domestic, are fueling disagreements and media are amplifying the divides.”

In short, democracy in the United States and elsewhere is under siege. Here are some of the solutions the report proposes:

I found much to consider as we look to the future of the College of Information and Communications, the classes we offer and the learning outcomes we expect.

There were several other highlights in the forum. We learned about the successful trajectory of the American Journalism Project, which is placing journalists in local newsrooms to counteract industry-wide staff reductions. We saw the importance of diversity in journalism and society. We heard touching remarks from The New York Times columnist David Brooks.

Our fair city, Columbia, South Carolina, was well-represented with attendees from our award-winning local public libraries, the CEO and several representatives of our Central Carolina Community Foundation, and several of us from the College of Information and Communications including former dean Charles Bierbauer, Randy Covington and myself.

“The conference confirmed for us that we are thinking about the right things and moving in the right direction,” said Covington, who is the college’s director of special projects.  He pointed to the University of South Carolina’s new Social Media Insights Lab, which our college launched earlier this year.

“The research we are doing in the Insights Lab and the ways we are trying to develop partnerships among our college, libraries and the media in South Carolina directly address the issues and possible solutions discussed in the conference,” Covington said.

We left Miami with new friends and connections, big ideas, a call to action and a few ways forward that our college — the School of Journalism and Mass Communications and the School of Library and Information Science — can further help to build trust in news and media in our community and throughout South Carolina. Stay tuned! 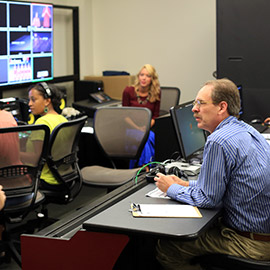 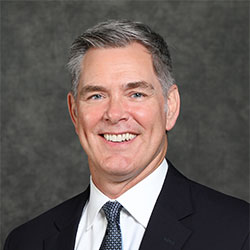 Dean Tom Reichert leads the College of Information and Communications in preparing students for careers in the use of information for all audiences and across all media and formats.