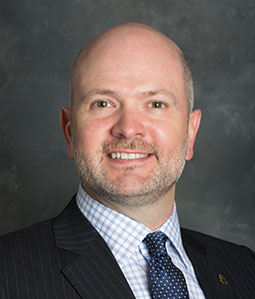 Professor Kirk Foster joined the faculty of the College of Social Work in 2011, where he also serves on the President’s Diversity and Inclusion Advisory Committee. In 2016, Foster received the Society for Social Work and Research (SSWR) award for best scholarly book. He co-authored Chasing the American Dream (Oxford University Press, 2014), which examined and provided policy suggestions for increasing access to the American Dream. Prior to joining the University of South Carolina, Foster was a pastor for 13 years at St. Louis, Mo. area churches.

Foster served as co-principal investigator for a National Science Foundation-funded research award regarding the changing socio-political landscape of black urban neighborhoods. The study determined how geographic dispersion, a familiar feature of minority neighborhoods, impacted the length of residence, and how it positively contributed to trust, cooperation and participation in collective action. Foster was also principal investigator on an Advanced Support for Innovative Research Excellence (ASPIRE)-funded award through the USC Office of the Vice President of Research. He examined the use of social media for neighborhood cohesion by seeking evidence of social capital development and collective action to address issues in Atlanta’s West End neighborhood. The findings revealed the importance of photovoice to showcase a variety of perspectives, how discussing neighborhood concerns and strategizing solutions help build social capital, and building a shared collective identity.

Foster’s publications focus on social capital, religious congregations and community-based organizations as providers of resources for social and economic development for underserved populations. He has authored or co-authored scientific journal articles on topics including, the importance of geographic distance on social capital resources, urban U.S. congregations as resource brokers and defining neighborhood boundaries for social measurement. Foster’s publications have been featured in scholarly journals, such as Urban Affairs Review, City and Community, and the American Journal of Community Psychology.

Foster currently serves on the National Advisory Committee for the Fahs-Beck Fund for Research and Experimentation. The organization provides grants and funding for doctoral and post-doctoral dissertations in sociology. He is also editorial board member for the Social Work Research Journal.