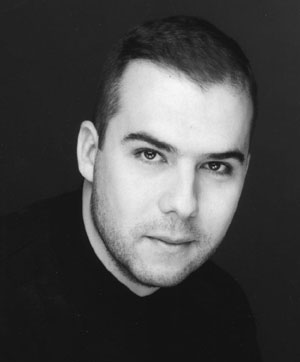 In 1998 basso cantante Daniel Cole interrupted his doctoral degree in conducting from Indiana University Jacobs School of music to pursue a Professional Studies in Opera degree at Temple University. That same academic year he won the Metropolitan Opera National Council auditions in the New Jersey district and placed first in the New York regional finals. Since then Mr. Cole has appeared in theaters in Lisbon, Cologne, Taiwan, Amsterdam, and New York. He has performed with numerous regional opera companies in the United States, including Opera Theatre of St. Louis, Dayton Opera, Kentucky Opera, Opera Boston, Utah Festival Opera, and Opera Carolina, and Sarasota Opera, to name a few.

Daniel also established a respectable concert career, including performances of Penderecki's St. Luke Passion with the Mendelssohn Club of Philadelphia, Haydn's Paukenmesse the Cincinnati Symphony Orchestra and Chorus, Bernard Rands' Canti dell'Eclissi with Boston Modern Orchestra Project, Beethoven's Mass in C under the baton of Jane Glover at SUNY Purchase, Mozart's Mass in C minor with the Canton (Ohio) Symphony, and the Mozart Requiem in his debut at Carnegie Hall.

Recent performances include Basilio and Colline at Winter Opera St. Louis, a guest artist performance in the title role of Le nozze di Figaro at the University of South Carolina School of Music, and Sarastro in Die Zauberflöte with Asheville Lyric Opera. Mr. Cole can be heard on a new recording on the BMOP label of Dominic Argento's Jonah and the Whale, singing the role of the Voice of God.

Dr. Cole completed his DM in Choral Conducting from Indiana University Jacobs School of Music in 2009. While a student at Indiana, he directed, sang with and recorded (Dorian Records) with the award winning Concord Ensemble, a six-voice male vocal ensemble. He assisted the famed early music conductor Paul Hillier, performing and recording with Theatre of Voices and the Pro Arte Singers on the Harmonia Mundi label. He has worked under and served as assistant conductor to Fiora Contino, Robert Porco, and Jan Harrington. Dr. Cole has also served as the chorus master and assistant conductor for the Utah Festival Opera, and Opera Illinois.