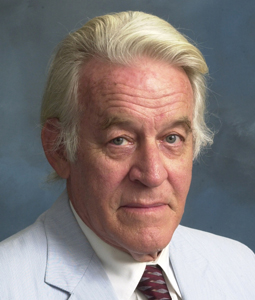 John Williams is a native of Shreveport, Louisiana where he began his studies of violin and piano. He continued piano study with Ralph Squires at Centenary College in that same city. BM and MM degrees were earned from the University of North Texas as a pupil of Silvio Scionti, Jack
Roberts, and Jean Mainous. He also attended the Yale University Summer School of Music and Art in Norfolk, Connecticut. Previous teaching positions were held at Southwest Texas State College and the University of South Dakota. He studied for several years with the eminent pianist Frank Mannheimer and Denise Lassimonne in England.

Since 1968 Mr. Williams has been on the faculty of USC School of Music teaching piano and bassoon. He has been piano soloist at the MTNA National Convention, the American Matthay Association National Convention, the Southeastern Historical Keyboard Society Convention, and on bassoon at the National conventions of MTNA, MENC, the French Historical Society, and the International Double Reed Society. As a bassoonist he was a member of the Carolina Camerata Woodwind Quintet and principal bassoonist with the South Carolina Philharmonic Orchestra and many regional orchestras.

Mr. Williams has restored a number of fine instruments to good health and playing order including an 1890 Buffet French system bassoon and two large grand pianos - an 1862 Erard, and an 1885 Bechstein. He also wrote the libretto for the opera GABRIEL for composer Dick Goodwin and has found himself on numerous occasions impersonating a jazz-pops player in groups like the Billie Mustin Trio.

He has performed commerative solo recitals featuring composers such as Beethoven, Bach, Brahms, Rachmaninoff, and Chopin. In 1996 he performed a bassoon concerto composed for him by Richard Maltz with the USC Orchestra. In 1998 he was awarded a sabbatical leave to study the life and career of Henry Bellaman, a musical pioneer who lived in Columbia, S.C.

Mr. Williams has appeared as soloist on numerous occasions with the SC Philharmonic and the USC Orchestra. When he performed the Rachmaninoff Concerto #3 with the Philharmonic the State newspaper review said of this performance: "Williams' work at the piano was absolutely brilliant, a performance which staggers one's powers of description. He was by turns fiery, powerful, tenderly lyrical, romantic and passionate. His faultless technique at the keyboard was marvelously controlled by exquisite taste and by interpretive artistry of the highest order."