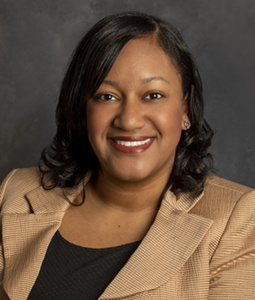 Allison Waymyers is the inaugural director of graduate career education for the Master of International Business program. As an alumna of the Moore School, she’s happy to return to her alma mater. She received a bachelor’s degree from the University of South Carolina in marketing with a specialization in international business and minor in Spanish.

Waymyers was the director of career and professional development for the Clemson Football team, making history as the first female hired in a leadership role in the Clemson football program. This is the first position of its kind in the country.

Waymyers has a diverse 10 years of experience in athletics working with the NFL, the NBA and Augusta National Golf Club. She created a course at Columbia College called “Paradigm Shift: Women Leading in Men’s Sports” and is an adjunct instructor at Columbia College, where she graduated with an M.A. in Organizational Change and Leadership. She has worked as a lobbyist in the education sector, a fundraiser in the nonprofit and higher education sectors, and led procurement for two $1 billion fossil hydro facilities in the energy sector.

Recognized in 2012 as a Top 20 Under 40 in The State newspaper (Columbia) and a Top 40 Under 40 for Black Expo South, she is a Leadership Columbia graduate and has been a leader on numerous boards such as the United Way of the Midlands, S.C. Science Academy, Columbia Chamber of Commerce, (Columbia Opportunity Resource) and Junior League and was the youngest president in history for the South Carolina chapter of the American Association of Blacks in Energy. She is a proud member of Alpha Kappa Alpha Sorority, Inc. This year, she launched Spry Players Group, LLC, an athlete development and career management firm that empowers athletes and professionals.

She and her husband William have two sons, Trey and Carter. They enjoy family time, traveling and empowering the next generation.