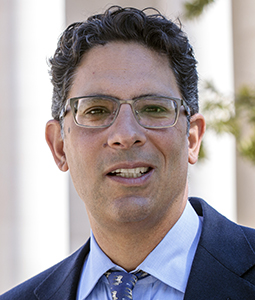 Wadie Said is a graduate of Princeton University and the Columbia University School of Law, where he served as an articles editor of the Columbia Human Rights Law Review.

Prior to joining the faculty at the University of South Carolina, he was a visiting professor in the Law and Society Program at the University of California, Santa Barbara, and an assistant federal public defender in the Office of the Federal Public Defender for the Middle District of Florida, where he represented one of the defendants in U.S. v. Al-Arian, a complex terrorism conspiracy case. Upon graduation from law school, he served as law clerk to Chief Judge Charles P. Sifton of the United States District Court for the Eastern District of New York, and as a litigation associate in the New York office of Debevoise and Plimpton, where he helped coordinate the firm's pro bono political asylum program.

Professor Said’s scholarship analyzes the challenges inherent in terrorism and national security prosecutions, covering such topics as coercive interrogation, the use of informants, law enforcement discretion and extraterritorial jurisdiction, sentencing, expert evidence, and the ban on providing material support to designated foreign terrorist organizations. His book, Crimes of Terror: The Legal and Political Implications of Federal Terrorism Prosecutions, a comprehensive legal analysis of the criminal terrorist prosecution in the United States, was published by Oxford University Press in 2015, with the paperback edition released in early 2018. He teaches courses in criminal law, criminal procedure, immigration law, and seminars on international human rights law and counterterrorism.

Professor Said is an elected member of the American Law Institute, and serves on the Board of Editors of Amerasia Journal, as well as the Executive Committee of the AALS Section on National Security Law.