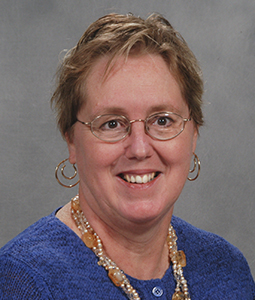 Pamela DeFanti Robinson, is the Director of the USC School of Law Pro Bono Program and has held that position for over 30 years. Ms. Robinson received a BA from Clemson University and a J.D. from the University of South Carolina School of Law.

Ms. Robinson trains extensively on volunteer and non-profit liability issues and has been recognized locally, regionally and nationally for her volunteer and management leadership. She has authored a number of articles in the area of volunteer management. As a frequent presenter at national conferences, including the American Bar Association and the American Association of Law Schools, she often addresses emerging issues relating to pro bono programs in law schools.

Over the years she has served in leadership roles on numerous Boards in the areas of abuse and neglect, civil liberties and access to mental health services. Ms. Robinson has been a volunteer guardian ad litem for abused and neglected children for over 30 years with the Richland County CASA program and has at different times served in various roles on their Board.

She has held leadership positions in the Association of American Law School Section on Pro Bono and Public Service Opportunities since its inception in 2005 and currently serves as the Editor of the Section Newsletter. She is a fully engaged member of the SC Bar Children’s Committee and actively participates and initiates many of the Bar’s pro bono activities. She is a current member of the SC Bar Senior Lawyers Division Executive Committee.  Ms. Robinson is an active participant in the Holloran Center Pro Bono Working Group striving to address best practices standards for law school engagement.

She is also the Past-Chair of the Children’s Justice Act Task Force and of the Clemson University Humanities Advancement Board. She is the Founding Member of the SC Volunteer Lawyers for the Arts and a member of the SC Equality Association-Post DOMA Task Force. Ms. Robinson serves as the Secretary of the International Journal of Volunteer Administration Editorial Board.

Ms. Robinson is the recipient of numerous local, state and national awards for her service to children and to the indigent population in SC. She is a recipient of a SC Bar Pro Bono Program Service Award and was honored by that group with an OASIS Award- celebrating long- standing service in the pro bono arena.  In 2000 SC Governor Jim Hodges recognized Ms. Robinson for her leadership in volunteer management.  In 2005 the International Association for Volunteer Administration named Ms. Robinson the National Volunteer Administrator of the Year. She was presented with the Lifetime Achievement Award by the Richland County CASA Program in 2008 and in 2009 was nominated (and won!) by her students for the USC Ambassador of Service Award. This award is given to a person at the Director, Chair, Dean or Executive levels of USC Administration for exemplary leadership and involvement in promoting and performing community service. In 2010 she received the USC MLK Day Social Justice Award for her years of service to the unrepresented in SC. In 2012 Protection and Advocacy for People with Disabilities presented her with their top award for outstanding service to the disability community, the Spencer Award. On July 16, 2013 Ms. Robinson represented the Pro Bono Program at the White House as part of the Celebration of the 5,000th Daily Point of Light.

The Richland County Bar Association recognized her long contribution to mentoring lawyers by presenting her with their 2014 Civic Star Award. In 2015 the SC Women Lawyers Association presented her with the Martha Browning Dicus Award for Public Interest Law. In 2016 Ms. Robinson was named the SC Lawyer of the Year by Lawyers Weekly when she also received a Leadership In Law Award. In 2020 she was the recipient of the SC Bar Senior Lawyers Division “ Pro Bono Award”.

Ms. Robinson is most proud of her current and former pro bono students especially as they take ethic of service from the law school to the next level of their legal careers.  The Pro Bono Program is a nationally recognized, academic-based volunteer program integral to the professional development of law students. It is the first voluntary pro bono program in a law school in the US.