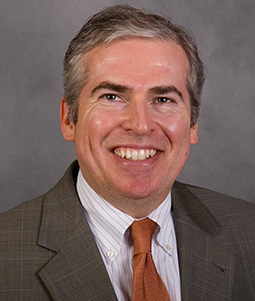 Prior to attending law school, Professor Alford was a Business Analyst with McKinsey & Company, Inc., in Atlanta where he served clients in the telecommunications and banking industries. After graduation from law school, Professor Alford clerked for Justice Burley Mitchell of the Supreme Court of North Carolina. He then practiced corporate and banking law with Kilpatrick Stockton in Atlanta. He later joined Robinson, Bradshaw & Hinson, P.A., practicing corporate and commercial real estate law in Charlotte, NC and Rock Hill, SC and was elected a partner there in 2000.

Professor Alford teaches first year legal research and began the law school’s first International and Foreign Legal Research course in 2009, adding to the law school’s offerings in international and foreign law. He has published numerous articles on legal research and banking law. His research interests include international banking law and international and comparative law generally. He has held research fellowships at the Swiss Institute of Comparative Law, the Chinese University of Hong Kong, the American Academy in Rome, the College of Europe in Bruges, Belgium, and was a Fulbright Specialist at the University of Mkar, Benue State, Nigeria. He is admitted to practice law in South Carolina, North Carolina and Georgia. Professor Alford was born and raised in Spartanburg, SC, where he attended high school.