Through the School of Law’s Lawyers as Leaders course, students participate in self-assessment, learn and read about effective leadership, engage in discussion with respected leaders, participate in exercises designed to develop strong judgment and analytical reasoning skills, and complete a project that demonstrates the leadership principles they learn.

South Carolina Law also hosts the Konduros Leadership speaker series, which allows all USC Law students the opportunity to hear from and interact with leaders in various industries, including law, business, and government.

The Konduros Leadership Development Program is made possible thanks to support from the late Jim Konduros, a 1954 law alumnus. In 2014, Mr. Konduros made a generous gift to the University of South Carolina School of Law to provide students with scholarships, fellowships, and leadership development opportunities. Mr. Konduros credits the law school for helping him develop the strategic thinking and counseling skills that guided him through a rewarding career that included working with U.S. Senator Olin Johnston and South Carolina Governor Robert E. McNair, advising major companies and serving as counsel to a hospital system CEO and leading several nonprofit organizations.

His journey in public service began in the early 1960s as an aide to Senator Johnston and an advocate in the “War on Poverty,” which he continued as a key member of Governor McNair’s staff. He brought together the S.C. Highway Commission and Appalachian Commission to construct the 72-mile Cherokee Trail (S.C. Hwy. 11) through the state’s foothills. He also helped create the Appalachian Community Service Network, an educational cable channel that later became The Learning Channel.

After Governor McNair’s term ended in 1971, Mr. Konduros joined him in a new law firm founded by McNair, developing and supervising a governmental affairs practice. During his 20-year tenure with the McNair Law Firm, Mr. Konduros advised Westinghouse in its successful bid to assume operations at the Savannah River Site and helped Palmetto Health CEO Charles Beaman navigate the merger of Baptist Medical Center and Richland Memorial Hospital. 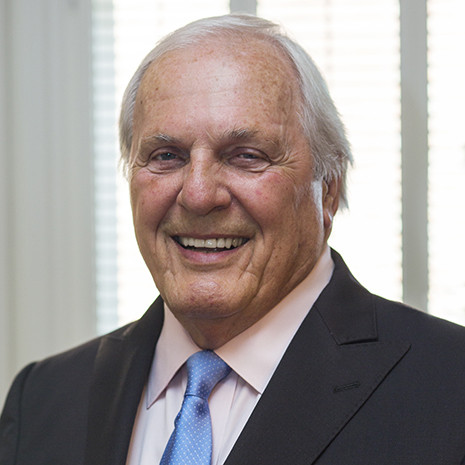 The Konduros Leadership Program was made possible through the generosity of 1954 alumnus James Samuel "Jim" Konduros.