When should I take the LSAT?

We encourage you to take the LSAT no later than the summer or fall of the year before you expect to enroll in a fall law school entering class.  We will accept a score from the winter or spring tests, but we will already have begun to fill places in the entering class by the time your LSAT score is received, which can affect your chances of admission.

If you plan to apply for admission for the Fall 2018 entering class, there will be five LSAT test administrations before our priority deadline to apply — in June, September and November of 2017 and in February and June of 2018. Starting in 2019, the testing year will begin in July rather than in June.  Please note that the July 2019 administration of the LSAT will be too late to be considered for admission for the fall 2019 entering class.

If you want to make sure you have an opportunity to repeat the test, register for either the summer or early fall administration. That way, if you are unsatisfied with your initial score, you will have time to retake the test in late fall or winter.

Do you use the highest or average LSAT score?
The American Bar Association requires law schools to use the highest of multiple LSAT scores when reporting entering student credentials, so for that reason the highest score is typically the one used in making admissions decisions. The Admissions Committee will consider all information presented in the application for admission, however, including scores earned on all LSATs. For that reason, if there are significant differences between your scores on different administrations of the LSAT and you have any information to help explain the disparity — illness, poor testing conditions, or the like — you may wish to include it in an addendum to your application.

Is there a minimum LSAT score that will be considered?
No. While undergraduate grades and LSAT scores are useful tools, no single factor is dispositive. No application is screened out or reviewed differently because of an LSAT score or GPA.

The University of South Carolina offers an intensive LSAT prep course here in Columbia. The course covers all aspects of the LSAT exam including the Reading Comprehensive, Analytical Reasoning and Logical Reasoning sections and is the most comprehensive and best known hands-on program in the Columbia area.

Who gives the LSAT test? 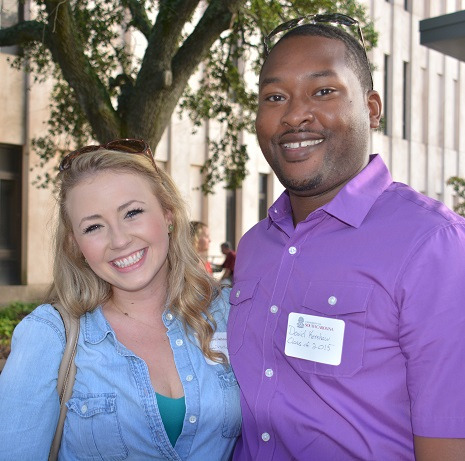 The best way to experience the School of Law is to see it for yourself!