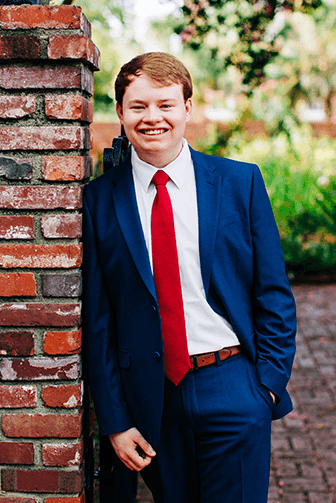 Will worked as a Creative Services Student Designer for Garnet Media Group, the University of South Carolina’s student media organization. During his time at Garnet Media Group, Will worked with his design team to create promotional material and advertising pieces for on campus organizations and businesses in the Columbia area. In the Spring of 2022, Will was awarded Gold and Silver American Advertising Federation “Addy” awards for Social Media Campaign and Social Media Single Execution by AAF of the Midlands. Will was the lead designer on Garnet Media Group’s yearly advertising publication “Best of Carolina” and designed the 2022 USC Homecoming Logo. Will’s passion for student life and creating material for students is what excited him about the opportunity of the Digital Communications Coordinator position. Since 2018, Will has worked as a freelance Graphic Designer for Charleston, SC area businesses and the Charleston area Boy Scouts of America. In his free time, Will loves camping, hiking, and being outdoors, illustrating and creating, and watching all things Gamecock Athletics.