Our faculty and students are working to promote clean and safe nuclear energy. Research taking place at the General Atomics Center focuses on accident-tolerant fuels and materials that are less susceptible to the type of damage that occurred at Japan’s Fukushima nuclear plant following the 2011 earthquake and tsunami.

Also, researchers are studying and developing nuclear waste forms to improve the durability and cost of disposal of high level nuclear waste. The Center works with public institutions, private companies and policy makers to share information and discoveries about nuclear technologies.

The Center is made possible, in part, through a $900,000 gift from San Diego-based General Atomics, a leading nuclear technology company

The center's four main areas of research include the following:

The research on nuclear fuel includes experimental measurements of the thermochemical properties of fuels including fission products. These include non-oxide concepts such as uranium nitrides and silicides, and composite fuels as well. The measurements together with extant data are being used to generate accurate representations of the complex, multicomponent phases that make up fuel undergoing burnup. The models being used bridge the gap between atomistics which describe defect concentrations and the energetics that allow prediction of composition, solubilities, and chemical potentials. The work also includes determinations of compatibility of alternate clad materials in reactor systems coupled with thermochemical modeling of behavior. The research is being performed collaboratively with Oak Ridge National Laboratory, Los Alamos National Laboratory, and the Westinghouse Company.

While computer codes that represent nuclear reactor behavior have been used for many years, there is a new push to fully understand nuclear systems behavior, including that of the fuel, using computational methods. Work in our group on the development of nuclear fuel simulations is focusing on the chemical behavior of the fuel as it undergoes burnup. Using chemical equilibrium calculations coupled with broader nuclear fuel codes in the MOOSE-BISON framework we will now be able to begin to fully describe how fuel performs in today’s reactors. We are working with Oak Ridge National Laboratory and Idaho National Laboratory in the development and implementation of our approaches.

The nation’s legacy of high level nuclear waste is being transformed from liquid and solids of various forms to a durable glass. While a successful approach, the very large quantities of waste that must still be processed and eventually placed in a repository require we be as efficient as possible. Our research is focused on understanding the processes in forming the glass waste and in particular to formation of crystalline phases in the waste that can affect durability and loading. In addition, we are looking to explore new waste forms, developing models of their behavior and stability.  Current efforts are focused on participation in the Department of Energy's Center for Hierarchical Waste Form Materials which is led by USC and includes participants at US national laboratories and a French national Laboratory, and other universities.

An area of interest in energy policy, and in particular that related to electricity generation and use. Dealing with climate change means that nuclear power needs to be prominent in any successful plan. Yet today nuclear faces challenges from inexpensive natural gas with its increasing market share, and yet obvious issue of greenhouse gas emissions. Understanding the issues that must be addressed to increase the needed share for nuclear electricity, and means for building new plants in the current power market are subjects of study.

"I have always believed that nuclear energy had a special and critical niche in modern energy production. The early developers of commercial nuclear power were driven as much by its environmental advantages as by its economic benefit." 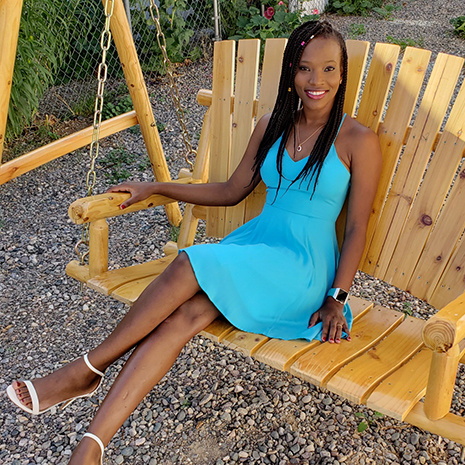 Through the support of her family, the care of her mentors and her own belief in herself, Tashiema Ulrich defied every challenge that came her way. In the process, she became the first African American woman to receive her nuclear engineering doctorate from South Carolina.