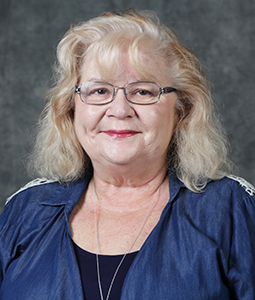 After two decades as a newspaper reporter and editor specializing in covering religion, Cecile Holmes came back to Columbia, her hometown, to teach journalism at the University of South Carolina School of Journalism and Mass Communications. Holmes specializes in teaching advanced writing courses and has developed new courses including one in faith, values and the mass media.

Holmes' general research revolves around religion and media, especially in reporting and retelling personal stories related to spirituality. She is also interested in research related to writing, international communications, race and religion, civil rights and interfaith understanding. Holmes authored a chapter titled "Cultural Communities of Religion Across the Digital Landscape" for an upcoming academic book series.

"The Media and the Message," teaching communications to nonprofit and religious leaders across multiple media platforms. Funded by the Lilly Endowment.

Holmes turns to a favorite mentor to outline her teaching philosophy, noting that Parker J. Palmer in "The Courage to Teach" describes teaching as an occupation and a calling that must be undergirded by spiritual practice and a deep understanding of one's self. Her teaching philosophy revolves around three central themes: the instructor is responsible for teaching effectiveness, practicing openness and cultivating communication with students helps them learn and teaching is a calling, a fearsome responsibility.