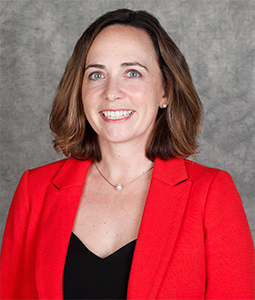 Prior to joining UofSC, Dr. Andrea Hickerson was the director of the School of Communication at Rochester Institute of Technology in Rochester, New York. A foundational faculty member in the journalism program, she distinguished herself by building interdisciplinary and community partnerships and by obtaining external funding.

Dr. Hickerson conducts research on journalism routines, with emphasis on the use of technology, and political communication, particularly in transnational and immigrant communities.

The Ethics and Governance in AI Initiative, a joint project from MIT Media Lab and Harvard’s Berkman Klein Center for Internet & Society, 2019. Co-PI on an interdisciplinary team led by Dr. Matt Wright at RIT developing a tool for journalists to detect deepfakes. $100,000

NSF I-Corps National Science Foundation, 2017-2018. Principal Investigator on an interdisciplinary RIT team in a national cohort of researchers learning how to take products to market.  $50,000

Hickerson's teaching and research are informed by the American philosopher John Dewey. Dewey argued that an informed citizenry is a necessary prerequisite for a functional democracy. Like Dewey, Hickerson is a proponent of learning by doing. During her career she has regularly taught newswriting courses and co-taught with colleagues in business and computing.

Hickerson, A. & Elahi, B. (2019). Journalist memoirs and the Iranian diaspora: Truth, professional ethics, and objectivity between political and personal narratives. Iran Namag, 3(4),

Hickerson, A. (2018). Convergence through conflict: A case-study of a U.S. Spanish-language publication’s efforts to grow a national audience. Crossing: Journal of Migration and Culture, 9(1), 13-27.