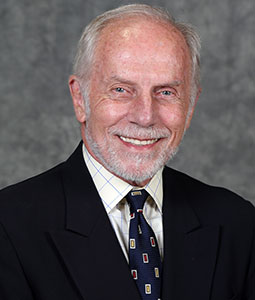 Charles Bierbauer joined the University of South Carolina College of Information and Communications as dean in 2002 after a more than 30-year-career in journalism. He stepped down as dean July 31, 2017, and is now retired. Bierbauer is the host of SCETV’s weekly public affairs show, "This Week in South Carolina."

Bierbauer has lived in seven other countries and reported from scores. He received a 1996 news and documentary Emmy for CNN coverage of the Olympic Park bombing.

As a former political correspondent, Bierbauer focuses on the intersection of media and politics, whether at city hall, the State House or the White House. He retains an interest in the development of media in the former Soviet Union and serves on the US-Russia Bilateral Presidential Commission task force on media.

Bierbauer draws on his extensive experience as a CNN political correspondent and an ABC News foreign correspondent.  His course on Media & Politics often includes a behind-the-scenes opportunity to meet newsmakers and newsbreakers in Washington.  He has also led special topics courses to European capitals. Bierbauer is the recipient of two Mortar Board awards for teaching excellence.