Do you dream about covering the biggest stories? Do you want to cover the White House or the NFL or the latest film preview? We can get you there, live and in front of the camera, telling the stories that make a difference across the world and down the street.

Turn on any major network news channel and you'll see our graduates at work. ESPN, CNN, FOX, NBC, BET, CBS, ABC — it's an alphabet soup that spells out success. Flip on the television in New York, Philadelphia, Hong Kong, Charlotte, Atlanta, Amsterdam, Denver, Tampa and other major cities — we're there too. You'll also be part of a powerful network that includes colleagues at National Geographic, the Harlem Globetrotters, NFL films and almost every television station in the southeast.

As a senior, you'll cap off your school career on the team that produces a daily live television newscast airing on campus and local cable stations. You can stream the broadcasts from our Livestream channel.  And you can see their work on the Carolina News and Reporter website.

Want to see what it's like to work in the big leagues? We'll help you. We find you internships in major television markets, with professional sports teams or even in your home town, if that's what you are dreaming of.  And these are just some of the many opportunities for our students.

As a student, you'll learn to report and narrate stories, shoot and produce video and practice play-by-play and public speaking. While you're still in school, you'll get to work at big news events as part of your class schedule, like the students who got a front row seat to history during the primary campaigns. Learn more about the classes you will take as a broadcast journalism student in the academic bulletin.

As a broadcast journalism student, you also have an opportunity to gain a solid foundation for graduate study. Further your writing and reporting skills and understanding of advanced communication techniques with graduate-level courses through our Accelerated Master of Mass Communication program. Select from strategic communications management or multimedia journalism, and you can complete two degrees in as little as five years.

You’ll study with real pros like Rick Peterson, a TV veteran who still works for NBC News Channel on weekends and in his spare time. And Greg Brannon, an award-winning reporter, anchor, producer and recipient of a Southeast Regional Emmy Award broadcast professional who has more than 30 years in local TV news and sports entertainment.

Learning from the pros

Use this space to describe the item listed in the title. If this item will link to further information, set the context so the user will fully understand what the link will lead them to before they click it. Use the link column on the right to link to a page and the entire list item will become a button.

An immense love of people

The 1999 broadcast journalism alumna is now senior vice president of operations at Walt Disney World Resort supporting Disney Springs, Water Parks and ESPN Wide World of Sports — a long way from Columbia. “I carried with me a belief that I needed to make my family and my university proud,” Durant said.

Apply today to become a Gamecock. 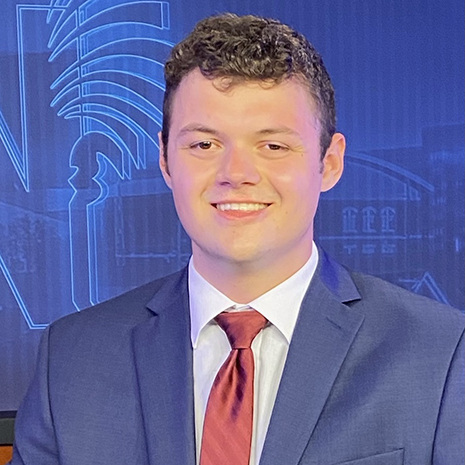 Will Volk racked up multiple awards from the SPJ for work he produced in the capstone senior semester Carolina News & Reporting class.

Volk, a broadcast journalism major,  won first place in the TV Breaking News Reporting category for Election Day Turnout. This story will compete at the national level with the other regional winners.

Volk was a finalist in several other categories. 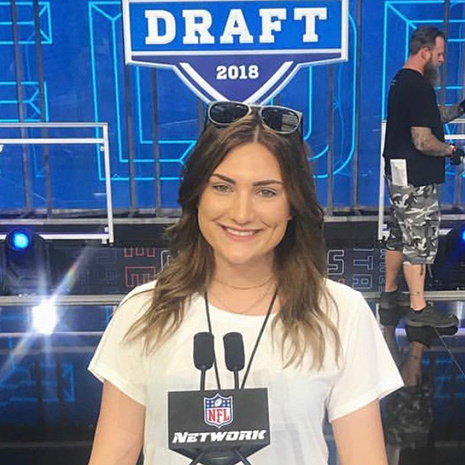 The SJMC has expanded its classes, internships and other opportunities for students interested in pursuing a concentration in sports media.

Meet some of our alumni who are working in the field