The university's black box performance space was established as a laboratory for students to explore new ideas and put classroom studies to practical use. Today it's another stage where you can enjoy compelling live theatre.  This season, get up close with a true American classic, as well as two masterpieces of this generation.

Campus is closed down for the summer, but we're still making plans for an exciting new production season starting this fall!  Please visit the University’s dedicated COVID-19 web page for updates about campus reopening and our continued efforts to keep our students and community safe during the COVID-19 pandemic.

The Lab Theatre is located at 1400 Wheat St., between Sumter and Pickens, in the Booker T. Washington Building. Show times are 8 p.m. nightly unless otherwise noted. Tickets cost $10 per ticket and are sold online or at the door. Arrive early for best seating. Performance dates, times and locations are subject to change. 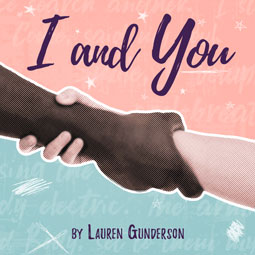 Two high school students — the sardonic Caroline, homebound with a serious illness, and Anthony, a popular athlete — find themselves forced to work together on a last-minute class project. As they strive to overcome their clashing personalities and make sense of Walt Whitman’s Leaves of Grass, they find themselves connecting in ever more surprising and mysterious ways. Lauren Gunderson’s critically acclaimed play is a poignant ode to youth, life, and love, and packs a surprise twist that will have you thinking about it long after it’s over.  2014 recipient of the American Theatre Critics Association New Play Award. 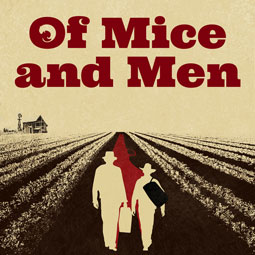 Of Mice and Men

John Steinbeck’s theatrical adaptation of his classic novella still packs the same gut-wrenching punch as when it premiered on Broadway in 1937. Set in the fields of California during the Great Depression, the story follows two migrant drifters, short-tempered George and his simple-minded but physically powerful companion, Lenny. After they find employment at a new farm, the two friends strive to work hard and realize a shared goal of owning their own land, but their American dream is soon threatened by the boss’ brutish son and their involvement in a fatal tragedy. 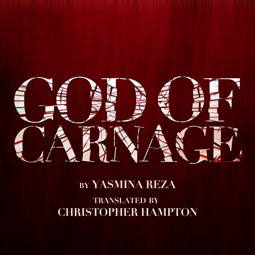 The rules of civility are tested — and ultimately demolished — in Yasmina Reza’s powerfully provocative, Tony®-winning script. A playground skirmish between two eleven-year-old boys results in two broken teeth and a meeting between the boys’ parents to discuss the altercation. Diplomacy soon degenerates into pandemonium as the four adults confront barely concealed prejudices that transform once-polite conversation into a state of unbridled savagery.
Tony® Award winner for Best Play, 2009.