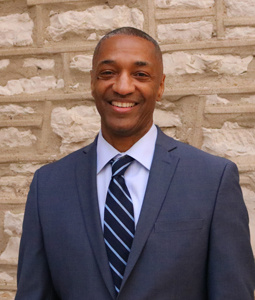 William F. Tate IV is the provost and executive vice president of academic affairs at the University of South Carolina. He holds the USC Education Foundation Distinguished Professorship with appointments in Sociology and Family and Preventive Medicine (secondary appointment). Prior to joining the University of South Carolina faculty, he served as dean and vice provost for graduate education at Washington University in St. Louis, where he held the Edward Mallinckrodt Distinguished University Professorship in Arts & Sciences. Before serving at Washington University in St. Louis, he held the William and Betty Adams Chair at TCU and served on the faculty of the University of Wisconsin at Madison. Tate is a past president of the American Educational Research Association, where he was awarded fellow status. In addition, he was elected to the National Academy of Education. Tate earned his Ph.D. at the University of Maryland, College Park, where he was a Patricia Roberts Harris Fellow. He continued on to the University of Wisconsin at Madison as an Anna Julia Cooper Post-doctoral fellow in social policy. He completed a second post-doctoral training program in the Department of Psychiatry—Epidemiology and Prevention Group at the Washington University School of Medicine, where he earned a master’s degree in psychiatric epidemiology (MPE).

Tate’s research concentrates in four areas: (1) human capital development in STEM fields; (2) epidemiological models and geospatial applications with a focus on adolescent and child development and health outcomes; (3) social development of youth in the context of metropolitan communities; and (4) stratification.