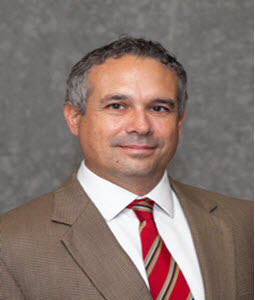 Dr. Bradley H. Smith earned his Ph.D. in clinical psychology from the University of Arizona in 1996. From 1996 to 1998, Dr. Smith was a post-doctoral researcher at the Research Institute on Addictions in Buffalo, New York. He joined the faculty at USC in 1998. He is currently an associate professor of Psychology who is active in both the Community-Clinical and School Psychology Programs

Dr. Smith is interested in promoting evidence-based practice in applied professions, especially clinical, community, and school psychology. His program of research is characterized by a series of investigations of popular interventions that have not received sufficient empirical scrutiny. The first instance of this work was novel research supporting the efficacy of using methylphenidate (the active ingredient in Ritalin and Concerta) to treat adolescents with ADHD. In contrast, Dr. Smith's studies of widely used social norming interventions designed to prevent or reduce college student drinking found no empirical support. Likewise, in his initial work on school-based mentoring, Dr. Smith and colleagues found few benefits and perhaps some harm for a typical school based mentoring intervention. Subsequent changes in the mentoring protocol have found some positive results and Dr. Smith and colleagues are endeavoring to improve school based mentoring in a manner that is feasible and acceptable in public middle schools. Dr. Smith is also investigating yoga as an intervention for school children, which is a promising but largely untested intervention with regard to school outcomes.

Dr. Smith's major focus is the Challenging Horizons Program (CHP), which is a multimodal after-school and summer program for students in grades 2 to 8. Each semester this innovative program involves dozens of USC students in service-learning experiences that meet an important community need and prepare USC students for professional careers. Graduate students under Dr. Smith's direction take major roles in providing day-to-day services and conducting research on innovations or additions to the program. In 2009, the CHP was recognized by the After-School Alliance with the "After-School Innovator Award." Also, in 2009 the CHP received the "Literacy Champions Award" from the South Carolina Education Oversight Committee. In 2011, the CHP was added to the National Registry of Evidence based Programs and Practices.

Dr. Smith's teaching is mostly in the areas of research methods, child/family interventions, and service-learning. Dr. Smith also mentors a large number of undergraduate and graduate students in their own independent research.