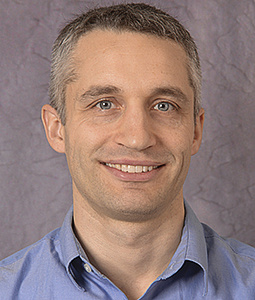 Steve Rodney is an Associate Professor in Physics and Astronomy.   He earned his PhD in Astronomy at the University of Hawaii, and then went on to Johns Hopkins University, where he was awarded a Hubble Postdoctoral Research Fellowship.   His research is aimed at measuring vast distances across the universe using stellar explosions, or supernovae.  He has used Hubble Space Telescope surveys to test supernova progenitor pathways and to constrain cosmological models.  He has also used HST to study supernovae that are being amplified by gravitational lensing, a warping of spacetime that allows galaxies to act as cosmic magnifying glasses.
At the University of South Carolina Steve has led a course transformation project for introductory astronomy, organized a campus-wide outreach program for the 2017 total solar eclipse, and developed a partnership to train graduate students in inquiry-based teaching.   In 2018 he received the Garnet Apple Award for teaching excellence and was awarded a McCausland Faculty Fellowship in the College of Arts and Sciences.  In 2019 he was selected to join the College of Arts and Sciences Teaching Innovation Incubator as a Faculty Innovative Teaching Associate.