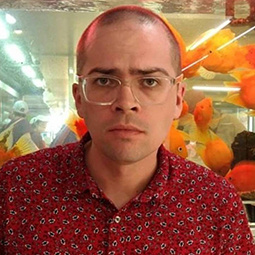 I am a historian of modern China and trans-Asian political and diplomatic history. My research focuses on the historical and sociological conditions that allowed for the spread of radical philosophies and political movements in China and mainland Southeast Asia in the twentieth century. I am currently preparing my first book manuscript, tentatively titled A World Safe for Revolution: China, Laos, and the Possibility of Revolutionary Nationalism, which explores the People’s Republic of China’s attempts to mold and support revolution in Laos. This research offers a new perspective on China’s place in the Cold War in two ways. First, it moves beyond the realm of cultural diplomacy to demonstrate China’s capacity for exporting its model of revolution both overtly and covertly through institutions like the Foreign Ministry and People’s Liberation Army. Second, it provides material ground for ideological conflicts among Asian communist parties by comparing the challenges faced by each in the process of building revolution. The agrarian foundations of the Chinese revolution made it an appealing model for similarly agrarian movements in Southeast Asia. Yet, the question of how to make this model fit different societies also caused ideological rifts between these groups that ultimately resulted in war.

Building on my interests in radical trans-Asian political movements, I have begun research on a second project which uses relations between the Chinese Communist Party and leftist authors and activists in Thailand as a case study for rethinking the conditions for the success of cultural diplomacy and the spread of radical politics. This project demonstrates how the historical experience of imperialism and uneven development became a precondition for receptivity to Chinese Marxist interpretations of art, literature, and historiography. In early research, I have found that the success of China’s covert cultural diplomacy toward Thai radicals was grounded more in the shared experience of imperialism than in the political savvy of China’s foreign relations apparatus and that this dynamic accounts for much of Chinese Marxism’s acclaim throughout the Third World.