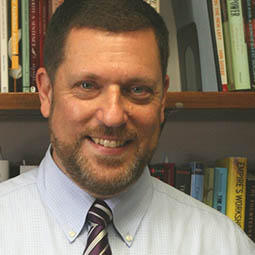 I came to the University of South Carolina in 2008 as a member of the History faculty, where I teach a broad range of undergraduate courses in U.S., European, and U.S. foreign relations history. I also serve on the History Department’s Warwick Exchange Committee, helping to administer the university’s oldest student exchange program. My teaching has been recognized by the College of Arts and Sciences Teaching Award for Non-Tenure-Track Instructional Faculty and the Mortar Board Excellence in Teaching Award, both in 2012. Since 2014 I have been Faculty Principal of the Carolina International House at Maxcy College.

My research focuses on the projection of American power — cultural and economic as much as military and political — in the international sphere during the early Cold War. In particular, I address what is known as “public diplomacy:” the broadcasts, exchanges, exhibitions, arts diplomacy, and more which comprised the primary mechanism for asserting the American foreign policy presence abroad in these years. I have published my research in leading journals such as Diplomatic History and The Journal of Cold War Studies as well as in numerous anthologies. My scholarship has earned, among other awards, a Fulbright Fellowship to the Netherlands, the W. Stull Holt Dissertation Fellowship of the Society for Historians of American Foreign Relations (SHAFR), and, in 2015, a residential fellowship to the Norwegian Nobel Institute in Oslo. In 2014 SHAFR recognized my article “Domesticity, Rearmament, and the Limits of U.S. Public Diplomacy to the Netherlands during the Early Cold War” with an “Honorable Mention” for the society's Stuart L. Bernath Scholarly Article Prize. My book, Rebellion in Black and White: Southern Student Activism in the 1960s (Johns Hopkins, 2013), co-edited with Robby Cohen, was named a Choice Magazine “Outstanding Academic Title.”

Currently I am finishing one major article reconsidering U.S.-Netherlands relations, to be published in 2018. I am also collaborating on an edited volume entitled The Legacy of J. William Fulbright: Liberal Internationalism in Perspective with Giles Scott-Smith and Alessandro Brogi. Finally, I have begun work on a new book-length essay re-examining the idea of empire in American thought and culture.