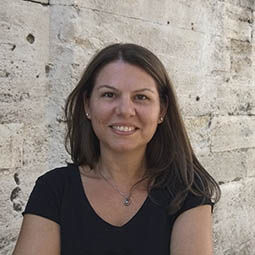 Nükhet Varlık (PhD, University of Chicago) is Associate Professor of History at the University of South Carolina. She is a historian of the Ottoman Empire interested in disease, medicine, and public health. Her first book, Plague and Empire in the Early Modern Mediterranean World: The Ottoman Experience, 1347–1600 (Cambridge University Press, 2015; paperback 2017; Turkish translation: Akdeniz Dünyasında ve Osmanlılarda Veba, 1347-1600 (2017)), is the first systematic scholarly study of the Ottoman experience of plague during the Black Death pandemic and the centuries that followed. It received the Middle East Studies Association’s 2016 Albert Hourani Book Award, the Ottoman and Turkish Studies Association’s 2016 M. Fuat Köprülü Book Prize, the Society for the Medieval Mediterranean’s 2017 Dionysius A. Agius Prize, and the American Association for the History of Medicine’s 2018 George Rosen Prize. Her recently published edited volume, Plague and Contagion in the Islamic Mediterranean (Arc Humanities Press, 2017), is a collection of articles on the social, cultural, and political responses to epidemics in the post-Black Death Islamic Mediterranean. She has authored several articles and book chapters addressing different aspects of plague epidemics in Ottoman society and is currently working on a new book project titled, “Empire, Ecology, and Plague: Rethinking the Second Pandemic (ca.1340s-ca.1840s),” which examines the five-hundred-year Ottoman plague experience in a global ecological context. In conjunction with this research, she is translating and editing a number of sources pertaining to the history of Ottoman medicine, and is involved in multidisciplinary research projects that incorporate perspectives from molecular genetics (ancient DNA research in particular), bioarchaeology, disease ecology, and climate science into historical inquiry. She has previously taught at James Madison University and Rutgers University–Newark. Her research has been supported by the NEH, Koç University’s Research Center for Anatolian Civilizations, Turkish Cultural Foundation, and the Institute for Advanced Study in Princeton. She is the Editor of the Journal of the Ottoman and Turkish Studies Association (JOTSA).