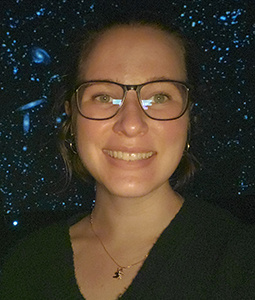 Bio: Alexandra is a native of Kansas City, Kansas. Her research interests include African American urban life in the Progressive Era, environmental history, and historic film. In summer 2020 she received a university grant to research the race and class-based roots of the public park system in Kansas City, Missouri. She presented two papers based on this research, ““The Making of Useful Citizens:” Social Engineering in Kansas City Parks, 1893-1923” and “Race in Public Spaces: An Investigation of the Role of the Kansas City Park System in Racial Segregation, 1893-1923” at the 2021 Missouri Conference on History and the 2020 TruScholars Summer Research Conference, respectively. She has previously presented at the 2020 Missouri Conference on History on “Truman the Historian and the Recognition of Israel,” and was scheduled to present at the 2020 Richard Macksey National Undergraduate Research Symposium on “Pawns and Lawns: The Cultural Dimension of Formal Gardening Compared with Chess.”

As an undergraduate she worked in the Del and Norma Robison Planetarium, an archaeology lab, a paleontology lab, the Judicial Archives of Missouri, and the Harry S Truman Presidential Library and Museum, among others. She has previously worked in the John Wornall and Alexander Major Historic Homes and the Johnson County Library, among others. She currently works as a Teaching Assistant for the History Department.