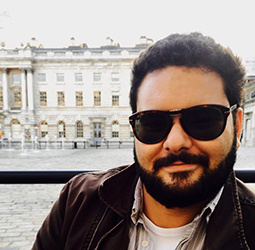 Bio: I research the intersection of anti-slavery and imperialism during the nineteenth century. My dissertation, Rebellion and Empire in Britain’s Atlantic World, 1807-1884, analyzes how enslaved uprisings and the British Empire’s response to them created a new strain of abolitionism. This new form of anti-slavery touted racial hierarchies and British authorities forced this ideology upon rivals in Europe, Latin America, and Africa in order to maintain white supremacy while the bonds of slavery loosened. My research has been funded by the John Carter Brown Library, American Historical Association, Library Company of Philadelphia, Gilder Lehrman Institute, Walker Institute, and the University of South Carolina’s History Department, Graduate School, and Office of the Vice-President for Research. In the 2019-2020 academic year I was a Bridge Humanities Corps Fellow. I also had an article, “We Don’t Recognize Your Freedom: Slavery, Imperialism, and Statelessness in the Nineteenth Century Atlantic World” recently published in Atlantic Studies.