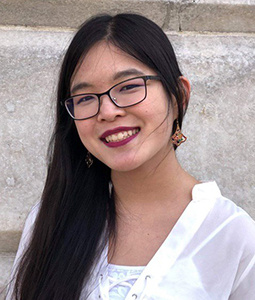 Bio: Sarai grew up in Rochester, New York and Greenville, South Carolina. Currently, she is pursuing a MA in Public History on the Museums track. Research interests include sport history, diplomatic history, and international relations, all during the Cold War period. Her prospective MA thesis will track the development of youth ice hockey in North Carolina from the 1970s to 1997.

In 2020, she graduated from the USC Honors College with a triple major in history, political science, and Russian. Her undergraduate thesis, entitled “Collective Hockey against the Grit and Grind: Ice Hockey as a Reflection of Cold War Differences”, examined the play and politics of ice hockey in the United States, USSR, Canada, and Czechoslovakia in the mid- to late 20th century. She has studied abroad at the Moscow State Institute of International Relations (MGIMO) in its School of Governance and Global Affairs.