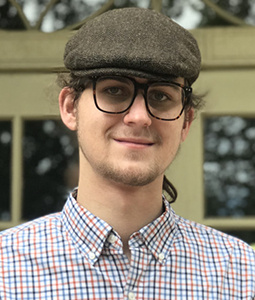 Bio: I am graduate student studying the historical memory of the US Civil Rights Movement. My research explores the ways that twentieth-century civil rights leaders drew on the racially and ideologically charged language of the American Revolution to sway voting blocs and popular sentiment during key political campaigns. Advocates of racial equality and/or black empowerment, ranging from white moderates in the halls of Congress to supporters of the Black Panther Movement, employed their own individual perceptions of the American Revolution, whether supportive or critical of the Founders and their egalitarian promises, in their political rhetoric and agendas. Placing these disparate interpretations of the nation's Founding onto an overlapping left-right political gradient, my research explores why this Revolutionary rhetoric became a mainstay of the struggle for racial equality, amongst whites and African Americans. I also question what these differing interpretations of the nation's inceptual egalitarian promises reveal about the racialized memory of the American Revolution and the nation's Founders in contemporary political culture.