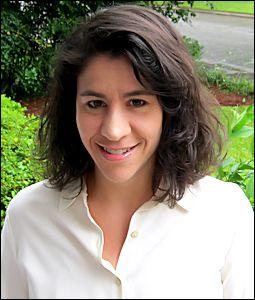 My first book project, Captivating Subjects: Victorian Fiction and Animal Science, examines the long-overlooked study of animal behavior in the nineteenth century as an emergent scientific field that provoked fascination, antipathy, ethical anxiety, and creative rebellion in writers of British fiction. As I argue in chapters on Charles Dickens, Elizabeth Gaskell, George Eliot, Charles Darwin, and Richard Jefferies, many writers shrewdly recognized that zoological studies of behavior involved the exertion of imaginative and rhetorical control over animals, suspending them in a state of "epistemological capture." Moreover, Captivating Subjects identifies a persistent anxiety expressed in a wide range of Victorian novels that these zoological modes of apprehension would be deployed to capture and interpret human behavior to disastrous social ends.

I am currently developing a new project, tentatively titled Out of Body: The Supersensual Nineteenth Century, which studies works by British writers whose experiences of pain, disability, and longing compelled them to resist a purely physiological explanation of feeling and sensation. In diverse works of poetry, fiction, and scientific writing, I argue, these writers struggled to define and understand supersensory perceptions and experiences that seemed to occur 'out of body.' I have presented parts of this project at the North American Victorian Studies Association (NAVSA) and The Society for Literature, Science, and the Arts (SLSA) in 2012.