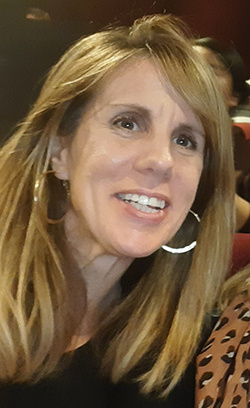 Prior to coming to USC Professor Zalba was an Associate Professor of Spanish at Columbia College, SC. There she served as the Director of the Spanish program where she led a multitude of projects, from theatre production to community talks, that highlighted the talent and diversity of the Hispanic community.

Since her arrival in 2017 she has been teaching a range of courses from language to conversation and culture in the Spanish program. She has also delved deeper into the field of Second Language Acquisition particularly in the area of emotions and memory consolidation in a second language classroom. She is particularly interested in understanding and implementing best practices that tap into the emotions that precede motivation in the path towards language proficiency.

After more than two decades in the classroom, Professor Zalba continues to be inspired by her students and her incessant belief that the fundamental benefit of learning a second language is human connection.