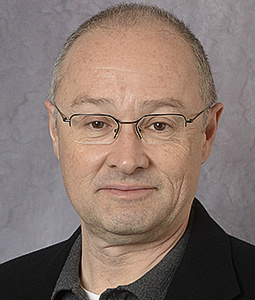 Nicholas Vazsonyi (B.A. Indiana University, 1982; M.A. and Ph.D. University of California, Los Angeles, 1993) is Professor of German and Comparative Literature. He teaches courses on German literature and culture, including music and film, covering the 18th through the 21st centuries. His first two books were on Goethe, and on the development of German national identity in the period between 1750-1871 (see attached CV). Since 2001, he has focused almost exclusively on the life and work of Richard Wagner, starting with his edited volume Wagner’s Meistersinger: Performance, History, Representation (University of Rochester Press, 2003) and, Richard Wagner: Self-Promotion and the Making of a Brand (Cambridge University Press, 2010). More recently, he was editor of the Cambridge Wagner Encyclopedia (2013), an international effort involving some 80 scholars from 11 academic disciplines and residing in 9 countries, and he is currently under contract to co-edit with Mark Berry The Cambridge Companion to Richard Wagner’s “Der Ring des Nibelungen” which is set to appear in 2020.