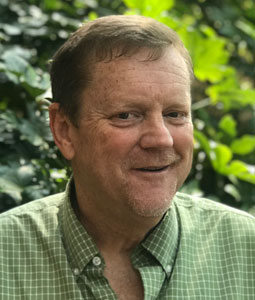 Mr. Owens received a Master of International Business Studies degree from the University of South Carolina (UofSC) with a concentration on German language and Culture.  As part of his studies he completed a Business German course at the Carl Duisberg Society in Cologne, as well as a six month internship in Human Resources at the chemical company Bayer AG.  After working eight years in the chemical industry he returned to the UofSC where he earned a Master of Arts in Teaching degree in German language and literature.  While completing this degree he studied at the Otto-Friedrich-Universität in Bamberg, where he focused on German grammar and syntax.  He began his career at the UofSC in 1997.  His teaching has covered all levels in the undergraduate German Program, with a focus on Business German at both the graduate and undergraduate level.  Mr. Owens has been active in the German study abroad program and has organized and led the trip to the German city of Wittenberg on multiple occasions.  He formerly served as university supervisor of student teachers pursuing a teaching degree in German and is also a past president of the South Carolina Chapter of the American Association of Teachers of German.