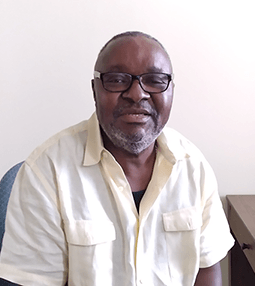 Dr. Niati holds a PhD in French from the University of Nebraska-Lincoln. He completed his BA in journalism and Public Relations at the School of journalism in Kinshasa, Zaire (now Democratic Republic of the Congo) and his MA in French at the University of Iowa. Before coming to the US, he was a professional journalist in his home country for many years. After his doctorate in French, he went on to teach French at Houghton College, New York as an assistant Professor and at South Carolina State University as an Associate Professor. Dr. Niati’s primary research interests focus on Human Rights in the 18th-Century French Literature (Enlightenment Period) and on African Oral Narratives.

In addition, he has taught courses for the French track of the International Master of Business Administration (IMBA) program at the Darla Moore School of Business.