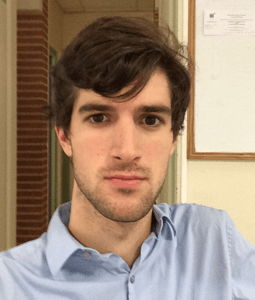 Paul McElhinny is a PhD candidate in Comparative Literature at the University of South Carolina, where he also completed his master’s degree (2017). Before coming to UofSC, he was awarded a B.A. in History and French from the Pennsylvania State University (2013), and taught English as an assistant de langue étrangère in Toulouse, France. His research interests include Francophone Literatures, Modern Chinese Literature, Postcolonial Theory, and Queer Theory.