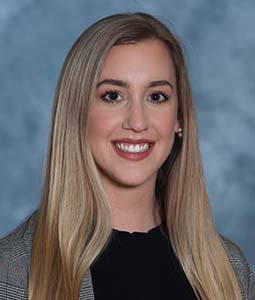 Originally from Rochester, New York, Nicole received her B.A. in Spanish Language and Literature from the University of North Carolina Wilmington. She went on to complete her M.A. in Spanish Language and Literature here at the University of South Carolina, where she served as a Graduate Teaching Assistant for the Spanish Department, and later received the Outstanding Graduate Teaching Award.

One of Nicole’s principal academic interests is Second Language Acquisition. She currently teaches a variety of beginner and intermediate Spanish language courses, where she focuses on student collaboration and communication, while simultaneously guiding her students in understanding how to use their knowledge beyond the classroom.

In 2016, Nicole studied in the region of Andalucía, Spain, and since then has enriched here cultural experiences through her travels throughout Latin America and Spain, as well as through her transatlantic research activities. During her time at the University of North Carolina Wilmington, she conducted an interdisciplinary research project titled “A Comparative Study of Lifestyle Habits in Southern Spain, Ikaria Greece, and the Southeastern United States”. Furthermore, while completing her M.A., she explored two pivotal 16th century Spanish literary works, where she analyzed the effects of hunger on the development of the subject, in her thesis titled “El hambre y la formación del sujeto: un estudio transatlántico de Lazarillo de Tormes y Naufragios.”