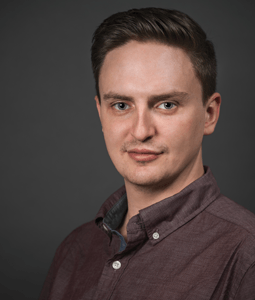 Originally from Northern Lower Michigan, David is a PhD Candidate in the Comparative Literature program. He received his BS in English and Spanish from Central Michigan University in 2015 and his MA in Comparative Literature from the University of South Carolina in 2017. He is currently a Senior Teaching Assistant in the Department of Languages, Literatures, and Cultures and has taught both Spanish and World Literature classes at UofSC.
David's doctoral dissertation centers on diasporic connections between contemporary African American and Afro-Brazilian performance and literature. Particularly, he examines African American cultural production that represents Brazil as a racial democracy alongside Afro-Brazilian works that counter such utopian narratives. Moreover, he is also interested in Latinx studies, hemispheric American studies, global feminisms, critical race theory, postcolonialism, etc.
David was awarded a research grant from the Fulbright U.S. Student Program in 2019 to work on his dissertation at the Federal University of Paraíba in João Pessoa, Brazil from February to November of 2020. He served as the President of the Languages, Literatures, and Cultures Graduate Students’ Association at UofSC for the 2018-2019 academic year. In 2017 he published an article adapted from his Master's thesis titled, "Faulkner's Quixotic Picaresque: Carnival, Tricksters, and Rhizomatic Intertextuality in The Reivers." While completing his undergraduate degree, David spent a semester abroad as a visiting student at the University of Alicante in Alicante, Spain in the spring of 2014. In the future he intends to pursue a career in academia.