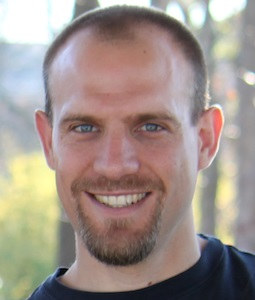 Each time a cell divides its DNA must be replicated efficiently and with high fidelity to ensure genomic stability. However, replisome complexes constantly encounter natural and unnatural impediments across the genome as they duplicate their DNA. These replication fork barriers can slow replication and cause fork stalling, which leads to fork collapse and double-strand breaks. These breaks can then lead to lead to genome instability in the form of mutations, deletions and translocations, which in turn can lead to number of human diseases. DNA replication fork stalling is predicted to occur many times throughout S-phase of the cell cycle. Studies suggest that stalled replication forks can either be rescued by the firing of dormant or adjacent replication origins, or directly restarted, which likely requires replisome reassembly and reinitiation. However, there is currently a fundamental gap in understanding how these pathways proceed, particularly at natural replication fork barriers (repetitive DNA, protein-bound DNA, DNA mutations).

Our research group is focused on understanding how replication is rescued following stalling and the consequences of defects in this process. The main focus of our lab is on understanding the role of the human CTC1-STN1-TEN1 (CST) complex in DNA replication at the molecular level. Mutations in CST have been linked to several genetic diseases, pulmonary fibrosis and cancer. Thus, understanding its cellular functions may provide important insight into some of the underlying cause of these diseases and genome instability.

CST is an RPA-like, ssDNA-binding complex, which can associate with telomeres. Telomeres are repetitive DNA sequences found at the end of linear chromosomes and serve to protect ends of the genomic DNA from damage and degradation. CST shares homology with the budding yeast CST (Cdc13-Stn1-Ten1) complex, which is important for telomere protection and replication. We found that human CST plays an important role in replication of the repetitive telomere sequences, suggesting that it may function in replication restart following fork stalling at the repetitive DNA sequences. Also, CTC1 and STN1 were originally shown to stimulate binding and enzymatic activity of one the key polymerases for DNA replication, DNA polymerase alpha, providing further evidence of a role for CST in DNA replication restart. We found that indeed CST rescues genome-wide replication fork stalling. Unexpectedly, we found that CST appears to function through the activation of dormant or late firing replication origins and not be directly restarting replication at the site of stalling. Current studies are underway to understand the mechanism by which CST activates replication origins to rescue stalled replication and study other non-telomeric roles of the CST complex through a combination of cell biology, biochemical and molecular biology techniques.