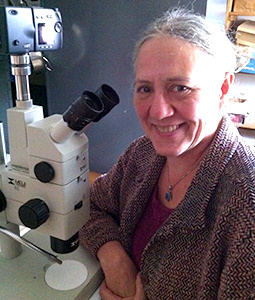 Gail Wagner joined the USC faculty in 1989 after completing her M.A. and Ph.D. in anthropology at Washington University in St. Louis, MO. She is affiliated faculty with the Environment and Sustainability Program in the School of the Earth, Ocean, and Environment at USC. As a long-time member of the SC Humanities Council Speaker’s Bureau, she travels around the state giving public talks on human-plant relationships and on archaeology. Additionally, she has given numerous workshops and talks on science education at national and international conferences. Since 1978, she has served as a consultant and source for re-creating eastern North American Indian traditional gardens.

Dr. Wagner’s research centers on the relationships between people and plants, both in the past (paleoethnobotany) and the present (ethnobotany) in eastern North America. At times she has focused on the (pre)histories of specific plants (maize, tobacco, sumpweed) and on macrobotanical recovery methods. Her current paleoethnobotanical research explores changes in foodways associated with times of cultural contact and change. Her ethnobotanical research centers around issues of ecoliteracy and conceptual categories.

2014   Presidential Award from the Society for Economic Botany, for outstanding service

2009-2014  NSF RCN-UBE grant co-PI, Open Science: An Education Network in Ethnobiology to Coordinate the Development of a New Culture in the Undergraduate Science Classroom.