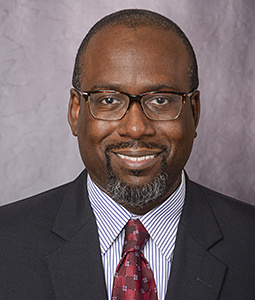 His current research agenda is to explore the political, sociological, and ideological ramifications of changes in the late 20th century and early 21st century African American community. Specifically, he is very interested in how class, gender, age, and other social factors create differing definitions of what constitutes African American group interests and how groups of African Americans and their allies have acted upon these perceived interests. Toward these ends,  his book Now Is the Time! Detroit Black Politics and Grassroots Activism (Duke University Press, 2009) explores the dynamics between black grassroots housing activism and the responsiveness of black elected officials in Detroit, MI and other sister cities.  This book received the W.E.B. DuBois Best Book Award from the National Conference of Black Political Scientists.  Shaw devises what he calls the EBAM --- the Effective Black Activism Model, which argues to be effective activism and protest must be the right tool, at the right time, and in the right place. He also co-authored a textbook with Louis DeSipio, Dianne Pinderhughes, and Toni-Michelle Travis entitled Uneven Roads:  An Introduction to U.S. Racial and Ethnic Politics (2nd edition, CQ Press, 2018). And he is the lead editor with Robert Brown and Joseph McCormick on the edited volume After Obama:  African American Politics in a Post-Obama Era (New York University Press, 2021.) Among other scholarly journals, Shaw has published in the Journal of Politics; the National Political Science Review; the Annals of the American Academy of Political and Social Science; Politics, Groups, & Identities; the Journal of Urban Affairs; the Urban Affairs Review as well as chapters in edited volumes and book reviews in journals.  He is a frequent media commentator and has written scholarly editorials for the New York Times, The Conversation, and theGrio, among others.

He currently is working on a fourth book project that explores how differing social or community spaces – neighborhoods, civic and social groups, as well as social media – provide different incentives for African Americans to foment group solidarity and social ties and in turn to participate in local democracy civically and politically in the city of Atlanta, Georgia and across the U.S.  His collaborators are Dr. Kirk Foster of UofSC and Dr. Barbara Combs of Clark Atlanta University.

Shaw is a past president of the National Conference of Black Political Scientists, former member of the Executive Council of the American Political Science Association and the Southern Political Science Association as well as involved in numerous other professional and civic groups.  He and his collaborators received a 2014 National Science Foundation E.A.G.E.R. Award for his Atlanta, GA project.  He is a recipient of the 2008 USC Black Faculty and Staff Scholarship and Teaching Award, the 2002 Department of Political Science Charles Berdahl Excellence in Undergraduate Teaching Award at the University of Illinois, and a 1999-2000 Ford Foundation Postdoctoral Minority Fellowship.