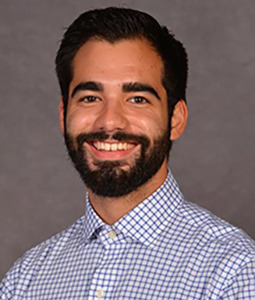 Before getting to Sumter, Wisener was at Coastal Bend College as the assistant coach and he led them to a post season appearance in Region XIV. During that time, his athletes received multiple academic awards off the court. During his time, Emma Batte was named to the All Tournament Team at the Lee College Tournament and was a Region XIV Honorable Mention. As libero, Alyssa Hutcheson made Region XIV First Team and was named to multiple all tournament teams in the preseason.  Each of the first two years Wisener has been on staff, the Ladyjacks have claimed the Southland Conference regular season title. SFA's most recent Southland regular season crown came in 2018 when it also made a return trip to the NCAA Tournament for the first time since 2006. Over the course of the team's record-setting 2018 campaign, SFA matched the program record for wins in a single season (32) and reset the program record for single-season winning percentage (.914) by going 32-3. Included in the team's final record was a nation-leading and program record 29-match winning streak that spanned nearly three full months. Included in the team's 29-match winning streak was a perfect 16-0 run through Southland Conference play which marked the fourth time in program history the Ladyjacks posted a perfect showing in league action. That run culminated with the program's second-straight and 10th overall Southland Conference regular season crown before the squad punched its first ticket to the NCAA Tournament since 2006 by winning the Southland Conference Tournament. In order to help them rewrite the program's record book, the Ladyjacks made use of the nation's second-best opponent hitting percentage (.144) and finished among the top 50 in the nation in a total of seven statistical categories including winning percentage (fourth, .914), total blocks (17th, 320.5), blocks per set (24th, 2.67), service aces (27th, 181), service aces per set (42nd, 1.51) and digs (47th, 1,970).During his first year on staff, Wisener helped the Ladyjacks return to the top of the Southland as SFA captured the league's 2017 regular season title. It was the program's ninth league crown and the first since 2014. He brings a wealth of experience to the table from both the collegiate and club levels after serving as a practice player. For almost two years, he took the court with the Texas Tech volleyball team as a practice player where he led practice drills and helped simulate opponent offensive and defensive strategies.At the club level, Wisener spent the 2015 season with the Guns Up volleyball club as an assistant coach where he focused mainly on player evaluation and development. Prior to joining SFA, he assisted the Victory club team in Plano, Texas, as a club roamer and private lessons coach. Wisener obtained his bachelor's of science degree in kinesiology in 2016 and also holds a minor in english from the same institution. His playing experience includes a stint with the Texas Tech men's volleyball club team where he helped lead the team to the title of 2015-16 Most Improved Club of the Year. Wisener was a two-year starter for the team while doubling as club president.