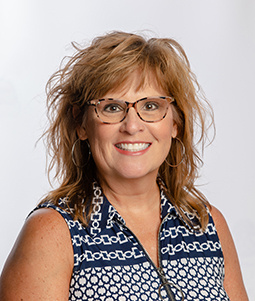 Wanda Baker, a lifetime resident of Sumter, worked in the banking industry for 12 years in several different capacities. Wanda received her Associate in Arts degree from USC Sumter in 2003 and earned her Bachelor of Science degree in Business Administration from USC Aiken in August 2020. She began her employment at USC Sumter in August 1997 as the Administrative Assistant to the Associate Dean for Administrative and Financial Services. In June 2004, she was appointed the Administrative Assistant in the Office of University Advancement. She left USC Sumter and became the Office Coordinator at Early Autism Project. She missed the college atmosphere at USC Sumter and decided to return to the campus as the Program Assistant for the Opportunity Scholars Program in June 2008. 2017 brought new opportunities for leadership for Wanda as she became the Program Coordinator for OSP. As a first generation student, she encourages the 150+ OSP students to further their education. Her duties include the day-to-day operations of the OSP Office, advising, planning the meetings/workshops/educational trips/cultural activities among many other tasks.

Wanda was selected as the recipient of the H.D. Barnett, Sr. Award for Outstanding Staff Member at USC Sumter for 2002-2003. In 2002, she completed the College Business Management Institute, a three-year program sponsored by the University of Kentucky and the Southern Association of College and University Business Officers.

Wanda is married to Tripp Baker and they have three daughters and two grandchildren. They are active members at First Church of God, Wanda is also a sustainer with the Sumter Junior Welfare League. In her spare time, she enjoys spending quality time with her precious grandchildren, family and friends, reading, traveling, shopping, and watching Hallmark movies.