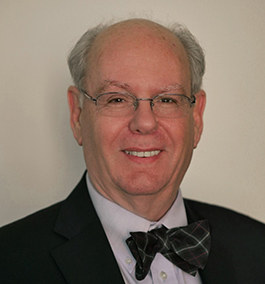 Dr. Elliot Vittes has many years of experience in higher education academics and administration.
Before coming to Palmetto College, Dr. Vittes was at the University of Central Florida and served as
Chair of Political Science, Assistant Dean in the College of Arts & Sciences, Director of Interdisciplinary Studies, Associate Dean of Undergraduate Studies & Director of Academic Services, and Vice Provost and Dean of Undergraduate Studies. He served as the inaugural chair of the SUS Undergraduate Deans Council and worked with the State University System’s (SUS) Board of Governors office. He also was a member of the university’s Carnegie Engagement Reclassification Task Force, the president’s Graduate Preparation and Employability committee, and led the development and implementation of the 3+3 program with the Florida State University Law School.

Dr. Vittes' research covers public policy issues, including environmental policy, bureaucratic development, and campaign finance reform, and American politics. He has published in Social Science Quarterly, The British Journal of Political Science, Polity, Hazardous Waste, and others. He served as P.I. or co-P.I. on grants from the National Science Foundation, the U.S. Department of Education, the Florida Center for Solid and Hazardous Waste Management, the Gulf Coast Hazardous Substance Research Center, the Embassy of Canada, the Bicentennial Swedish-American Exchange Fund, and others. He served as President of the Florida Political Science Association and directed major conferences on acid rain policy and campaign finance reform.

Dr. Vittes has traveled doing research and teaching in Canada, Sweden, Poland, Moldova, Croatia, and elsewhere. He recently was guest lecturer at the University of Zagreb’s Faculty of Organization and Informatics (FOI) 9th Student Symposium in Varazdin, Croatia.