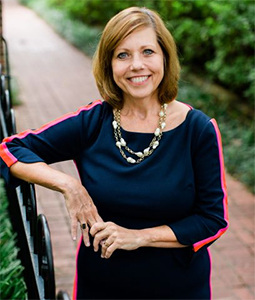 Married to Jim Beskid, also a Wofford alumni. Together we are proud parents to two young adults which makes family time together one of my favorite things.  Having worked at UofSC for more than three decades, the Carolina family is also important to me!

Length of Time at UofSC

30+ years. Began in January 1984 as a graduate student and have been here ever since!

Favorite Gamecock Moment/Best Part about being a Gamecock

Best memory is Pope John Paul II’s visit to UofSC in September 1987 as a part of UofSC’s ecumenical year. Being a part of the staff support for the event and attending the program on the Horseshoe and the mass at Williams Brice Stadium was an unforgettable experience. Best part of daily life as a Gamecock is helping students crystalize their dreams and start on the path to achieving them, which is an honor and a privilege.