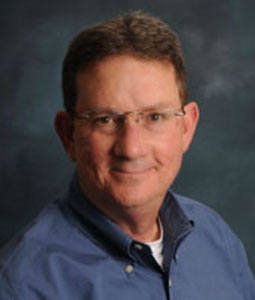 Jim Twitty is responsible for managing the operation of Carolina Classroom, which supports professional education and personal interest programs.

Jim attended UofSC and earned an associate degree in institutional administration and a Bachelor of Arts in interdisciplinary studies.  Jim began working for Continuing Education as a student in 1978, became full-time temporary in 1980 and accepted a permanent position soon after. He worked with numerous programs including short courses, Summer at Carolina youth programs, professional development, educational travel and conferences.

Jim left his position as director of community programs in 1992 to work for the city of Columbia managing operations for city sponsored festivals and events. Jim also managed several area events and associations including the South Carolina Festival and Event Association, the Carolina Carillon Holiday Parade, the Irmo Okra Strut Festival among others. He also produced murder mystery events for more than 15 years.

Jim returned to UofSC in 2000 as director of Continuing Education. He left UofSC for a short time to pursue other projects but returned to a part-time position that eventually led to his current role working with professional education and personal interest programs.

Jim recently served on the Carolina Collegiate Federal Credit Union Board of Directors, has held several offices in the USC Administrative Employees Club and has been a member of numerous professional organizations.